Every year during the Jewish high holidays, I look forward to hearing an inspiring message, but I find myself hoping I can escape any sermon about Israel. One Rosh Hashanah we went to someone else’s synagogue, and the rabbi’s sermon was entirely about how we all had to go to Israel. Forget if you wanted to, forget if you had the money. Maybe no one will talk about it this year, I thought foolishly—after all, there’s so much going on in the world, even right here (with that Oompa Loompa Klan member running for president), that requires our attention. But it is not to be avoided.

This year, we talked about our generation of Jews as one that had been raised without an automatic love of Israel, who were raising children without a built-in love of Israel. That we had been handed a beautifully wrapped, carefully sealed box and told to love and protect what was inside without being given any understanding of what was in there or why we should love it, value it, defend it. I thought that was a great analogy; that’s exactly how I learned about Israel. Some of my Hebrew school teachers were Israelis who had, in fact, gotten the hell out of there. What had I been taught? The language (though not in Hebrew school, to be fair; I learned it in Israel), and history based on Scripture. We were not taught “real” history, nothing about British interference in the Middle East, or all the wars that took place, or all the people (other than Nazis) who had tried to kill us and prevent the Jewish state from happening. We did not learn about those other people or what their arguments might be.

These days there is widespread hatred of Israel that looks a lot of the time to some of us like anti-Semitism, though not always, and the rabbi tasked us with changing the narrative, in the most modern way possible—with a hashtag. Get out there on the internet and tell people the one thing you love about Israel above all else. One thing, one sentence. I was puzzled by the assumption that we feel that love. Do I? Not really. I am not gung-ho the way he is, not at all. I am no BDSer, but I’m not the cheerleader for Israel that my rabbi is, for sure. He participates in AIPAC conferences. He goes to Israel with some regularity; I never go. He feels a religious connection that I don’t. He is not even scared to go; I actually feel that it would be irresponsible of me to take my kids there. He plans to have his sons become b’nai mitzvot there; I wouldn’t until they stop throwing chairs at women, yelling at women, treating women as though they are different from men in some way that matters to worship.

So it’s not love I feel. And sometimes it’s downright resentment. Like when a Christian finds out I’m Jewish and wants to tell me all about his trip to Israel as if this is common ground for us. As if this will matter to me, or mean something to me. And then the conversation goes one of two ways; either he wants to tell me he’s on my “side”; that is, fuck the Palestinians, or he wants me to own up to my guilt and collusion in their terrible lives. Because as a Jew, you see, either way, I’m invested. Is that fair? I’m an American, not an Israeli.

Then again. My family lived in Israel for a year when I was very little. Really little, three and four years old. My father had a one-year position at Tel Aviv University, and we lived in a rented house in Ramat Hasharon, which at the time was just a small suburb. For me it was lovely, it was home, because I was young enough to just go with it. I learned a babyish Hebrew, went to nursery, made a best friend named Hadar, crushed bugs and snails, ate halvah, disappeared for the day, made friends with soldiers, got covered in cactus spines, and had a good ol’ time. My memories are limited mostly to senses, but I do recall my nursery teacher Nechama, and the green canvas swing I had in our backyard, as well as the lizard that lived in a bush there. So if I love Israel at all, it is because of these memories, of early childhood happiness, with married parents, and playtime innocence, and the remembered love of my first bestie. I do not know what feelings might arise if I went to Israel today. I am too afraid to go.

I keep thinking, though–is expecting an American Jew, or any Diaspora Jew, to mechanically love Israel akin to expecting an African American to love the African country whence his or her African ancestors came? A place from which he or she is many generations removed? A totally foreign land, with foreign cultures, languages, customs, traditions, religions? The American might be curious, might be fascinated, might want to know more, might even want to be immersed in it for a time, but out of what magical place is this love supposed to come? If there is not love, maybe there is a feeling of connection, a deep thrumming in the soul? I wonder. I think we can will ourselves to feel such things, but I can’t imagine your average Brooklynite feeling a spiritual connection to mother Africa when dropped off on the savannah. Maybe more a sense of, “Oh, shit.” That might not be fair. I cannot speak for people whose experience I do not know. I think there are some similarities there, though.

This week I am in my hometown, staying with my mother in my old neighborhood. This was home, Manhattan, for the first thirty years of my life, with brief forays to other places. And so what that means now is that I can navigate the city without fear. I can find where I want to go, I am not overwhelmed by the people and the sights, and I can tell the difference between pleasantly odd and dangerously mad. I have not lived here since 1999. I suspect if I moved back, I could get used to all of it again, but now I know I don’t want to. It’s dreadfully loud here. The noise level in my mother’s apartment is so bad that it reaches comic proportions. Her street is wide, so the buildings form a canyon, and as the traffic comes out of Central Park, it roars up the street, motorcycles drowning out every thought in my head and every sentence my mother attempts to utter. Garbage trucks lift dumpsters and then bang them repeatedly on the tops of the trucks’ receptacles. Sweepers go by, and then building maintenance workers come out with leaf blowers just as the school children scream by with sharp-voiced nannies and buses hit air brakes. Still, there is the chatter of birds in the tree outside her window. And then the apartments above her begin their renovations and drivers hit their horns. And I know it is not home. I am a Diaspora New Yorker.

If I could find a way to take my favorite things about New York City and put them in a more tolerable setting, I would do it. The wacky and interesting people, the food, the culture, the public transportation, and a few other things would be great in a cleaner, quieter, less densely populated place. But I get pretty defensive about New York. I can say it’s too loud, I can tell you the subway smelled like human poo the other day (it really did–ugh), but if you’re not from here, you better not say anything negative about the place to me, capisce? I believe the people are friendly and helpful, and you should just relax and stop being such a baby, all right?

My feelings about Israel, though, are not as clear-cut to me. On the one hand, I’m defensive. When I hear people crapping all over Israel, I don’t like it. I read; I pay attention. I know how much attacks on Israelis have to do with the fact that the people are Jews. And I believe that Israel, like every other country in the world, has the right to defend and protect itself. I believe that every human has a right to live in peace and freedom. I wish everyone could. That goes for the people on the other side of that wall, too. Would that the wall didn’t need to be there. I know there are people on both sides who just want to live in peace. I know there are people on both sides who are full of hate. Walls rarely create friendships.

Maybe we are always seeking that sense of home, that feeling when your physical surroundings tell your body that you are where you are supposed to be, you are safe without big scary walls and razor wire, and all is right with the world. I have heard some Jewish people tell me that is how they felt upon landing in Israel; they felt surrounded by their people, safe. That is usually how I feel when I return home to my spouse and children from a time away, as long as I am not thrown back into action too immediately. Maybe this is the connection to Israel that some Jews feel. I do not know where that comes from. This is why my Hebrew school teachers should have opened that beautifully wrapped box to show me what was inside. I wouldn’t necessarily have felt Israel was my home, my birthright, but it might have been more accessible to me, and that’s a start. 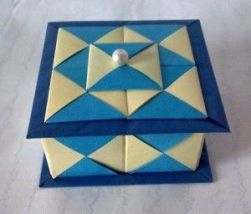 Turn and print all your digital contents, blogs and social networks into amazing real paper books on blookup.com

a Photo Blog, from swerve of shore to bend of bay, brings us by a commodius vicus of recirculation back to dear dirty New York

Thoughts from a Buddhist practitioner

nikolerw's Blog
The World According To Yoni

Daily Discussions of craft and the writing life

Live to Write - Write to Live

We live to write and write to live ... professional writers talk about the craft and business of writing

Howdy! We're the largest independent bookstore in Texas. This is our blog.

This site is all about ideas

"A Word of Substance"

The Art and Craft of Blogging

The latest news on WordPress.com and the WordPress community.